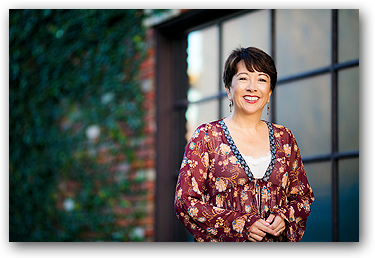 Cara Lopez Lee grew up in Los Angeles, dream capital of the world, but at first she didn't trust her dream. "When I read Little Women in third grade, I wanted to write books," Cara says, "but I thought only extraordinary people did that." Nine years as a TV journalist in Alaska, the Last Frontier, increased her love of stories. Then she went on a yearlong solo trek around the world, filled 14 journals, and wrote her memoir, They Only Eat Their Husbands: Love, Travel, and the Power of Running Away (Conundrum Press, 2014).

Today, Cara is an author, live storyteller, editor, and writing coach. Her stories have appeared in such publications as The Los Angeles Times, SlackJaw, Writing For Peace, Manifest-Station, No Extra Words, Pangyrus, and Rivet Journal. She has collaborated on more than twenty books, including the veteran-acclaimed Unexpected Prisoner: Memoir of a Vietnam POW (with Robert Wideman, Graham Publishing Group 2016).

Cara is a winner of The Moth StorySlam, and a featured performer in many live storytelling shows, including Turbine Arts Collective, Two Truths and a Lie, The Otter Story Hour, and Unheard L.A. Her new half-hour one-woman storytelling show, Trilogy of Traffic, appears in the 2021 season of Greystone Theatre Performances, a series of solo performances by a variety of artists presented virtually from Beverly Hills’ historic Greystone Mansion.

An avid traveler, Cara has explored Asia, Africa, Europe, Latin America, and most of the 50 United States. She also gets a kick out of swing and blues dancing, hiking, movies, and reading.

Cara and her husband got married at an active volcano in Costa Rica. They now live in the quiet beach town of Ventura, California. About both writing and marriage, Cara says, "I used to find inspiration in the Confucius quote, 'Choose a job you love, and you will never have to work a day in your life.' I no longer see it that way. Great love requires sacrifice, but the sacrifice is worth it."